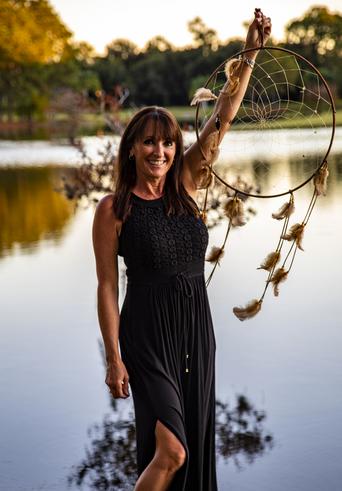 Ivy Gilbert was born in Maine, but has lived in Florida for the past twenty years. Her background has included 35 years in business with an extensive concentration in finance, management, sales, and business development. She also has years of experience in mergers and acquisitions, franchising and taking companies public. Over the past ten years, she has dedicated herself to the solar and renewable energy industry and has built one of the largest solar energy companies in Central Florida -- recently named number one in Florida and named one of the Top Solar Companies in the United States for five years in a row.

Though Ivy is an astute business-woman and entrepreneur and the owner of several companies, she is also a Certified Life Coach and has written or edited over twenty-five books. Her past books, Feeling Funkabulous - From Funky to Fabulous After Forty became a woman's favorite, the Leon Redemption was released in 2017 -- a

story written in the setting of her home town, and The Keeper of Clarity  became a #1 Amazon Bestseller. Her latest book is the second in the Clarity series, The Power of Clarity, which was released in 2019.

Ivy has received numerous accolades from many organizations, as well as the Woman of Distinction Award. She has been a featured speaker at seminars around the country and regular guest speaker on  TV.

She is currently in the process of developing a program to help women achieve success. A woman will be able to use the program to achieve success in business, in a relationship, or simply to achieve life happiness. There will also be opportunities for personal coaching and help in numerous areas. For more information or speaking engagements click here.